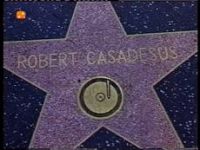 On the “Hollywood Walk of Fame”, between Rubinstein and Horowitz, a star shines for Robert Casadesus. 6251 Hollywood Blvd. 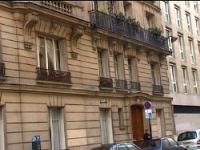 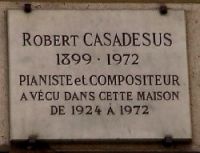 A first commemorative plaque was placed in homage to Robert Casadesus on April 7, 1976 in the presence of Bernard Lafay, President of the Paris Council.

A new plaque also paying tribute to his wife Gaby Casadesus, pianist and teacher, was mounted on Friday March 8, 2013 in the presence of many artistic and political personalities.
more info… 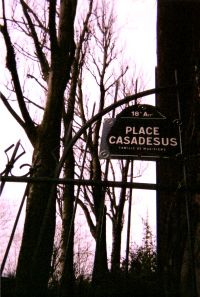 Tribute to the Casadesus family. 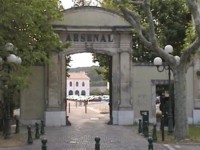 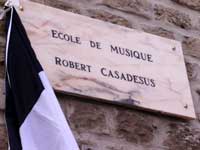 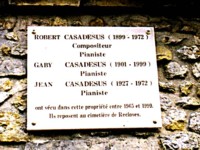 On March 6, 2003, a commemorative plaque was inaugurated citing that Robert, Gaby and Jean Casadesus lived in this house from 1965 to 1999.

Gravesite in the cemetery of Recloses.